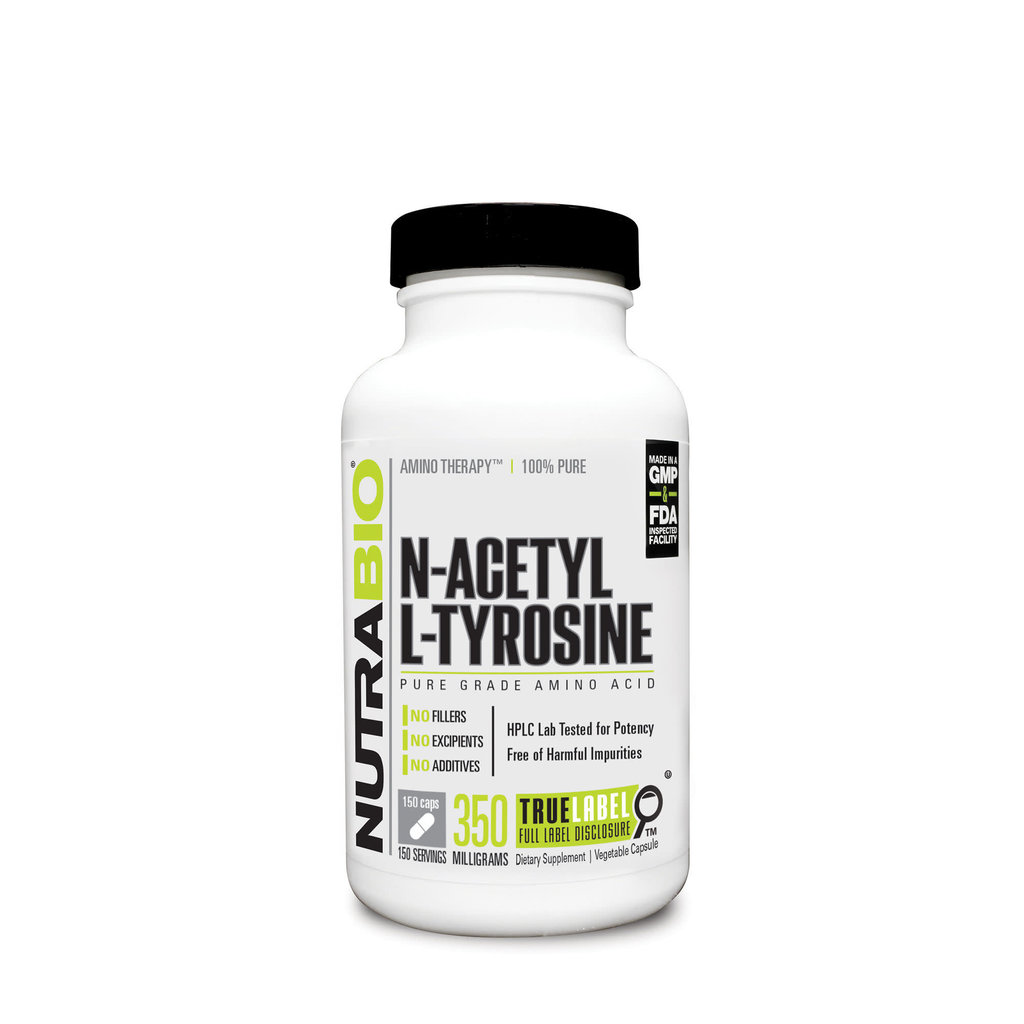 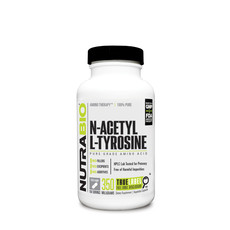 $21.99
L-Tyrosine is an essential amino acid which supports brain function. It can be converted by neurons in the brain into the neurotransmitters dopamine and norepinephrine (noradrenaline), hormones which are depleted by stress, excessive work and certain drug
2 in stock
Ship it today? Order by 4:00p, Mon-Fri
Free sameday pickup Order by 6:30p, Mon-Sat

L-Tyrosine is an essential amino acid which supports brain function. It can be converted by neurons in the brain into the neurotransmitters dopamine and norepinephrine (noradrenaline), hormones which are depleted by stress, excessive work and certain drugs. By replenishing norepinephrine in the brain, mental energy levels are enhanced and a feeling of contentment often occurs. L-Tyrosine boosts certain neurotransmitters in the brain and has been used to support stress reduction and depression. L-Tyrosine is converted in the body into other key biologic compounds, including L-dopa, CoQ10, thyroid hormones and melanin.

N-Acetyl L-Tyrosine is an acetylated derivative of the essential amino acid L-Tyrosine. Ordinary L-Tyrosine is less stable and insoluble in water, which may result in reduced bioavailability. N-acetyl-L-Tyrosine, which is converted in the body to L-Tyrosine, is 20 times as soluble in water as L-Tyrosine itself. For this reason, it serves as an efficient supplement for raising tyrosine levels in the body, since undissolved substances are not absorbed from the digestive tract. Acetylation enhances the solubility and stability making it a more rapidly absorbed and bioavailable form of the amino acid L-Tyrosine which is less prone to urinary excretion.

The amino acid L-Tyrosine is a precursor for several substances made in the body including:

Neurotransmitters such as dopamine and norepinephrine; Melanins, the pigments largely responsible for skin and hair color; Thyroid hormones, such as thyroxine

L-Tyrosine may help some people in their fight against depression, but dosages above 500 mg, in some people, may cause anxiety, restlessness and rapid heart rate. L Tyrosine can cause over stimulation, restlessness, anxiety, and insomnia. Heart palpitations or arrhythmias are potential side effects that occur from high doses of tyrosine. These can occur in sensitive individuals in as low a dose as 200 to 500 mg. Always start with a low dose, such as 200 mg or less, even if it means opening a tyrosine capsule and taking a portion of it.

+ Add your review
0 stars based on 0 reviews

Not happy with your purchase? Ship it back to us on the house.
Have questions? Chat with an expert now
Add to wishlist / Add to comparison
Sign up for our newsletter